You are here:
Marine Foam 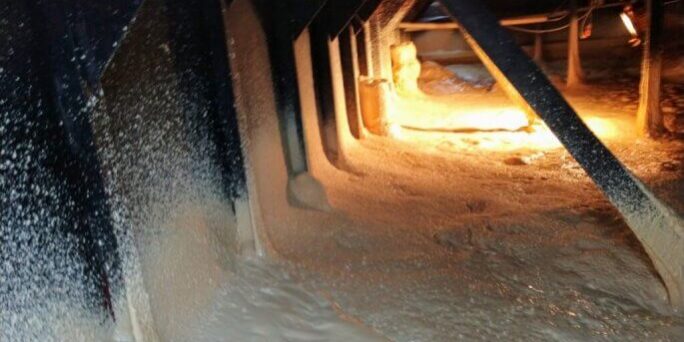 Empire Foam Solutions is proud to announce that our CTO, Tom Eletto, recently published an article with the Marine News E-Magazine. The piece was originally titled “Flotation Foam to the Rescue”. He discussed the myths and misconceptions behind flotation foam, and how EFS is changing the game. Read on to learn more!

Flotation Foam to the Rescue

Modern Coast Guard (CG) Approved Flotation Foam is quite a bit different from the formulations used back in the ’90s and earlier.  As a result, there are some negative opinions held by people who had direct experience with the earlier products- and those who have heard the stories. We’re going to bust those myths while discussing how Empire Foam Solutions is changing the game.

It can’t float any higher than it was floating when it was empty and dry. The only way you can add something to make it float higher would be to add something lighter than air (a gas such as helium or hydrogen). The foam is going to add weight and therefore freeboard cannot increase. Your vessel will see a tiny gain in weight, approximately 2.2 pounds per cubic foot of flotation foam added. This results in decreasing the freeboard by an equally tiny amount.  What it will experience is that it will float much higher than when it was loaded with water, as there is now no place for water to go.

EFS’ current formulations are completely self-extinguishing, which means it will smoke and burn if the open flame is directly on the foam but as soon as the flame is removed the foam will self-extinguish.  See our demonstration video for proof!

This was true with the older formulations and is still true with some of the current CG Approved Flotation Foams.  This is because to be CG certified, the foam only had to resist absorbing water for a short time.  At EFS, we wanted to bring a longer-term solution to the industry.  When developing our foam formulation, we conducted very long-term submergence testing to assure our foam would not absorb any appreciable amount of water for years.

Current flotation foams are a great solution to cost-effectively extend the life of your otherwise ready-to-retire vessels. Are you looking for the best flotation foam for your dock, barge, or boat? Look no further than Empire Foam Solutions. Call today for your consultation.

Any Questions?
Fill the form below and send to us!
Go to Top