The Clean Air Act & Polyurethane Spray Foam: What You Need to Know

You are here:
Marine Foam 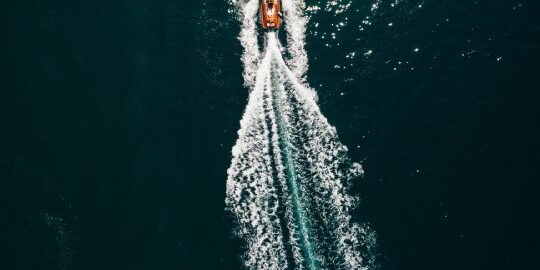 In the thick smog of 1970, the Clean Air Act was introduced and placed responsibility on the EPA to establish air quality standards that limited six main pollutants, ozone, sulfur dioxide, nitrogen dioxide, carbon monoxide, and lead.
This first step led to increased public interest and by the 1980’s the worldwide community was concerned about Ozone Depleting Substances (ODS) and their environmental impact. The Montreal Protocol was formed in response and with its 1987 signing the clock was set. Developed countries needed to begin phasing out chlorofluorocarbons (CFCs) by 1992 with a complete ban of use by 1996. [1]

How Does the Clean Air Act Impact Foam Blowing Agents?

Though HCFC-141b was effective in its application, its environmental impact saw its ban come first, with no production and import by 2004. Recently in 2020, HCFC-142b was banned from production or import.

For HCFC-141b it was primarily replaced with HFC-245a (hydrofluorocarbon) which due to its absence of chlorine, is accepted. HCFC-142b however has relied primarily on overstock, and recycled HCFC’s while some companies have started to release HFC and HFO (hydrofluoroolefin) alternatives.

Complete Ban of Production or Import of HCFCs by 2030

With all HCFCs slotted for an end of life in 2030 [3] the need for alternative foam blowing agents has grown. At the forefront of sustainability is HFOs which have low global warming potential and no ozone depletion potential. HFC’s have also hit the market, but are restricted from use when an alternative is available.

Are HFC’s going to Be Phased Out?

With the Significant New Alternatives Policy (SNAP) outlining that HFC’s are banned from use when a viable alternative is available, it’s likely that with the advancement of HFOs and other alternatives, it too will see an end of life [4]. The SNAP alternatives list is constantly updated. To remain compliant it’s recommended that you visit: Substitutes in Foam Blowing Agents

What Empire Foam Is Doing to Help

As a premiere supplier of polyurethane foams, Empire Foam is working on creating a new blowing agent that meets the utmost environmental standard without sacrificing the performance of its predecessors.

Any Questions?
Fill the form below and send to us!
Go to Top